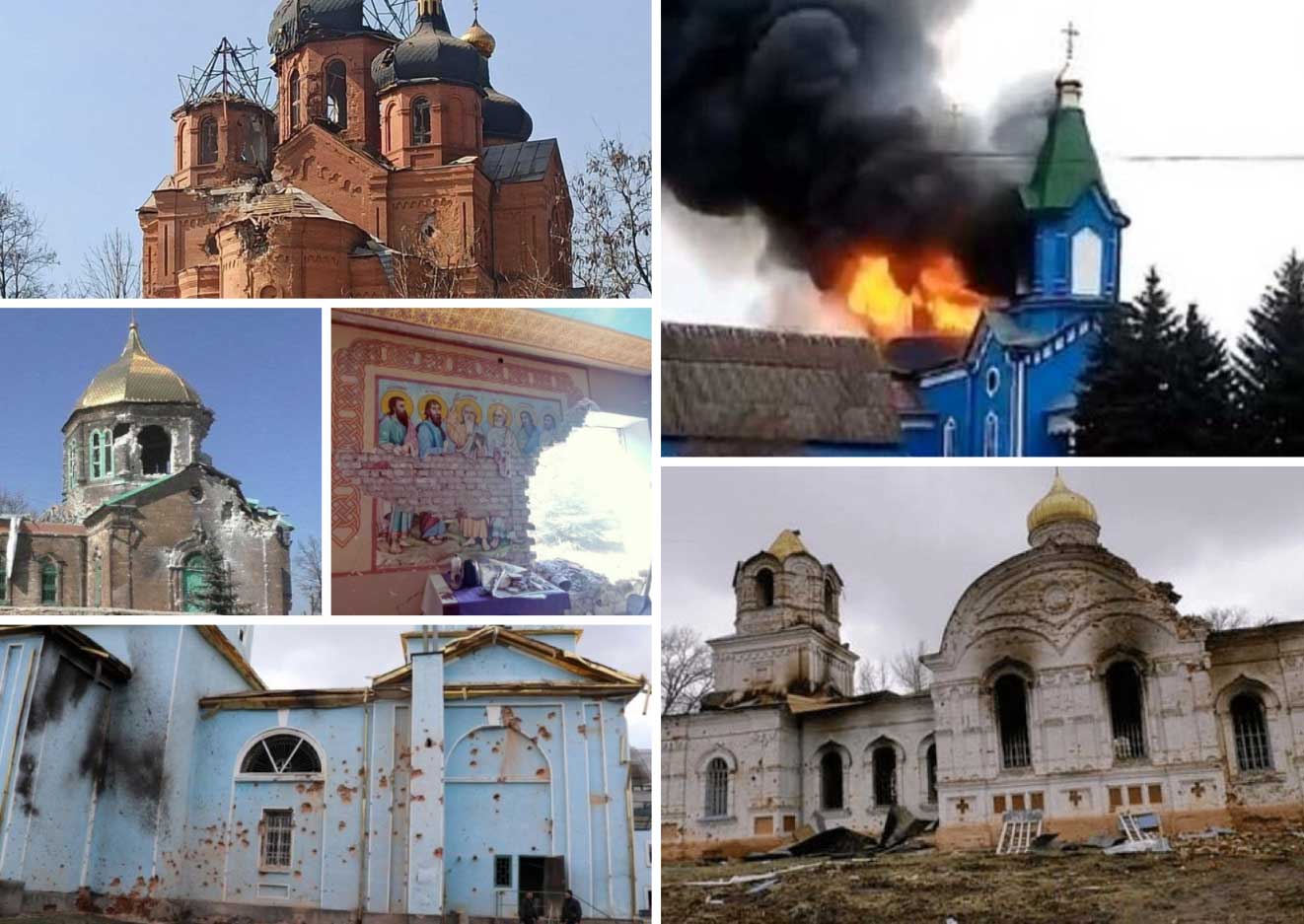 Most of them (91 out of 116) are Orthodox churches. The damage was also inflicted upon mosques, synagogues, Catholic and Protestant churches, religious education institutions and important administrative buildings of religious organizations.

As of today, the highest number of ruined or damaged spiritual sites were identified in Donetsk, Kyiv and Kharkiv Regions: at least 20 in each of them. Thus, these three regions together account for over a half of all recorded cases.

Explore the interactive map to see all affected sites together as well as by a particular religious community.

Photos from open sources and provided by witnesses.