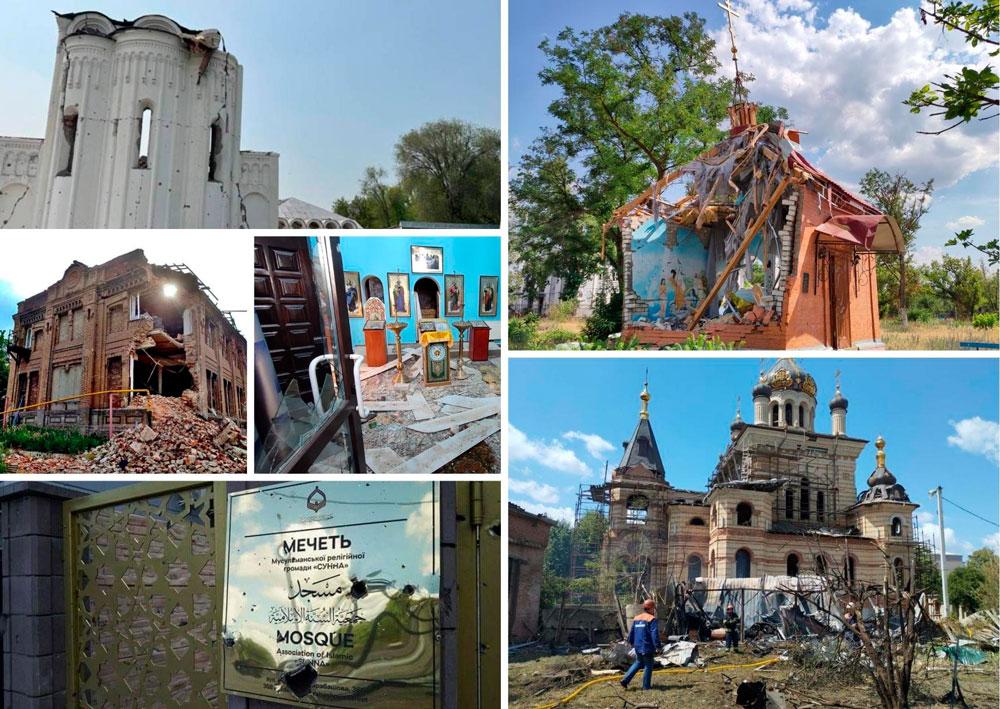 From February 24 to July 23, 2022, at least 183 religious sites in 14 regions of Ukraine were fully or partly ruined by the aggressive attack of the Russian Federation: churches, mosques, synagogues, educational and administrative building of Ukraine’s religious communities.

The monitoring is conducted by the State Service of Ukraine for Ethnic Affairs and Freedom of Conscience (DESS) in cooperation with the Workshop for the Academic Study of Religion. Visit our interactive map for geographical visualization of the affected sites and details regarding each of them.

The full list of ruined sites of Ukraine’s religious communities is available in Ukrainian.

5 of the 183 sites damaged by the Russian attack are Muslim, 5 Jewish, the other 173 Christian.

22 of the sites affected belong to various Protestant communities, 19 to the Orthodox Church of Ukraine (OCU), 3 to the Roman Catholic Church and 2 to the Greek Catholic Church.

73% (127 sites) of all 173 Christian sites that got fully or partially ruined by the Russian attack belong to the Ukrainian Orthodox Church (UOC). According the UOC Statute in force until May 27, 2022, it belonged to the Russian Orthodox Church (ROC) while having a large degree of autonomy. As a result of the brutal Russian attack on Ukraine and its shocking support by the ROC leadership, particularly Patriarch Kirill himself, on May 27, the UOC distanced itself from the Moscow Patriarchate. According to its new statute, the UOC Head is no longer member of the ROC Synod, the ROC Archbishops’ Conference decisions are no longer followed by the UOC, and an elected UOC Head does not require blessings from the ROC Patriarch to start his service as the UOC Head. As a reaction to this UOC decision, the ROC annexed UOC parishes in Crimea as well as a number of others on temporarily occupied territories. At the same time, as of today, the UOC did not cease acknowledging its ties to the World Orthodoxy through the ROC. While this spiritual relation was retained, the UOC currently does not have any formal coordination of its international activities with the ROC and denies any actual ties of subordination with the ROC.

The largest number of damaged religious sites are in Donetsk (45) and Luhansk (40) regions followed by Kyiv (34) and Kharkiv (25) regions. 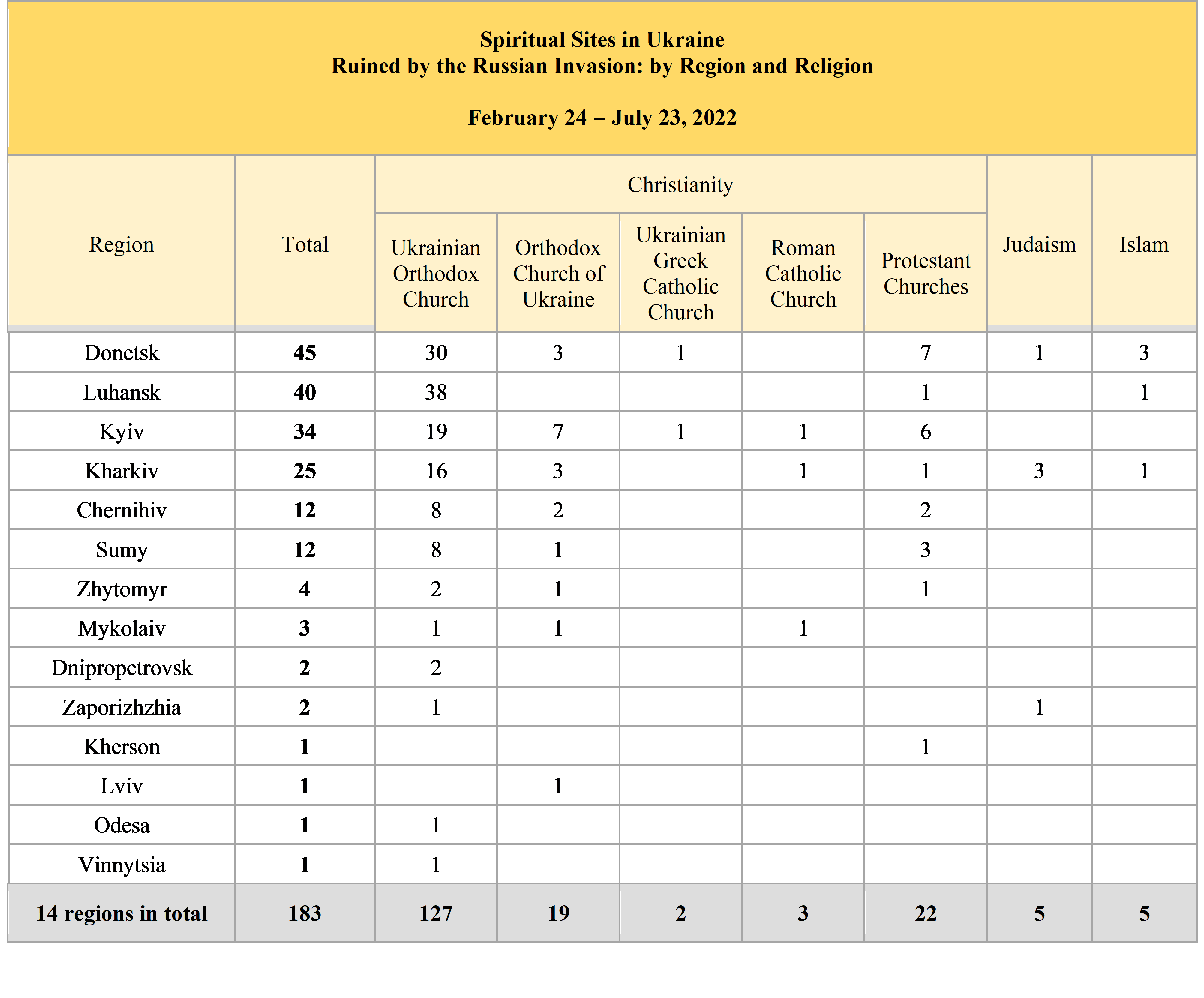 Regardless of your faith or ethnic identity, you are also welcome to contact Crimean Tatar Resource Center to help collect evidence for making Russia accountable for its crimes in Ukraine. If you possess detailed information about any war crime (including a ruined spiritual site) and could be a witness in an international court, you can fill out the CTRC survey and send it to court@ctrcenter.org.

Note: the statistics refers to sites of spiritual significance: when several buildings were ruined at one spiritual location of a particular religious community, they are still counted as one entry.